It has been a while since I last wrote an update; a lot has been going on in our lives, so here is our latest update.

After being separated for about 6 months as a family, in late September, while the Ugandan airports were still closed because of Covid-19, we miraculously received a special pass that allowed us to travel out of the country. It was a 70 hour journey of faith to the United States. We had to drive through Kenya and hustle with immigration, but we finally made it. My plan is to stay until the end of January, when Vena will be done with her treatment.

It has been a joy for us to be together as a family. The first few weeks were difficult as we were adjusting to staying for a long time rather than a short visit. We are currently staying with Rille and Tom, in their home; they have taken us in as their kids.

Legacy Christian School, in Bakersfield, allowed our kids to join their school for free. Joshua was assessed and is in grade 3, Graham is in grade 4 and Zoe is in grade 1. They attend school two days a week, in person, and for the remaining days, the school gives me work and I homeschool them.

It has been a growing moment for me; I am more appreciative of teachers. The school provided us a tutor who comes and helps me learn and to teach the kids.

This week is Thanksgiving Break, and we took the kids to a cabin in Redding. The kids had an opportunity to see and play in the snow for the first time.

Vena has finished Chemo, and she is now starting two months of radiotherapy. The last time they checked her, the cancer had cleared, and we are thankful to God for that.

Pray for her, as of recently, she is tired of the medicine and the continued effects.

Back home ministry is going on; I have continued to work remotely. Our Senior Management team at Mercy has continued to oversee the day to day management of the ministry and Pastor Phillip, together with the church elders, are leading the church.

Our hearts are grieving the loss of Daniel (one of the kids.) At the beginning of this month, he was found abandoned a few days after his birth. He did not show any signs of sickness at the time of admission, and a few days later, we sent him to a family that wanted to start the journey of adopting him. Last weekend, he got suddenly sick, and was rushed to our national referral hospital, where he died of pneumonia. The doctors said that he had dirt in this lungs which could have been inhaled during the abandonment process, where he was dumped, and that bugs might have crawled in his nose and beyond. We are finalizing his burial process this week.

We are also grieving the loss of my Aunt. My Father’s sister died early this week due to Corona, she was buried on the 22nd.

Your prayers are greatly appreciated as we grieve these two losses.

As you may or may not know, a few months ago, when the Covid pandemic had just hit, street children became more at risk to exposure of the virus. Since the nature of their lives made them more at risk, the government collected many of the kids and distributed them to different homes. We were gladly able to take in 11 boys when they asked us.

My first time to meet the boys at our village, I was able to quickly identify them from the kids that had been at Mercy for a long time. These boys were dressed in rags, they spoke vulgar language, and many were recovering from drugs. 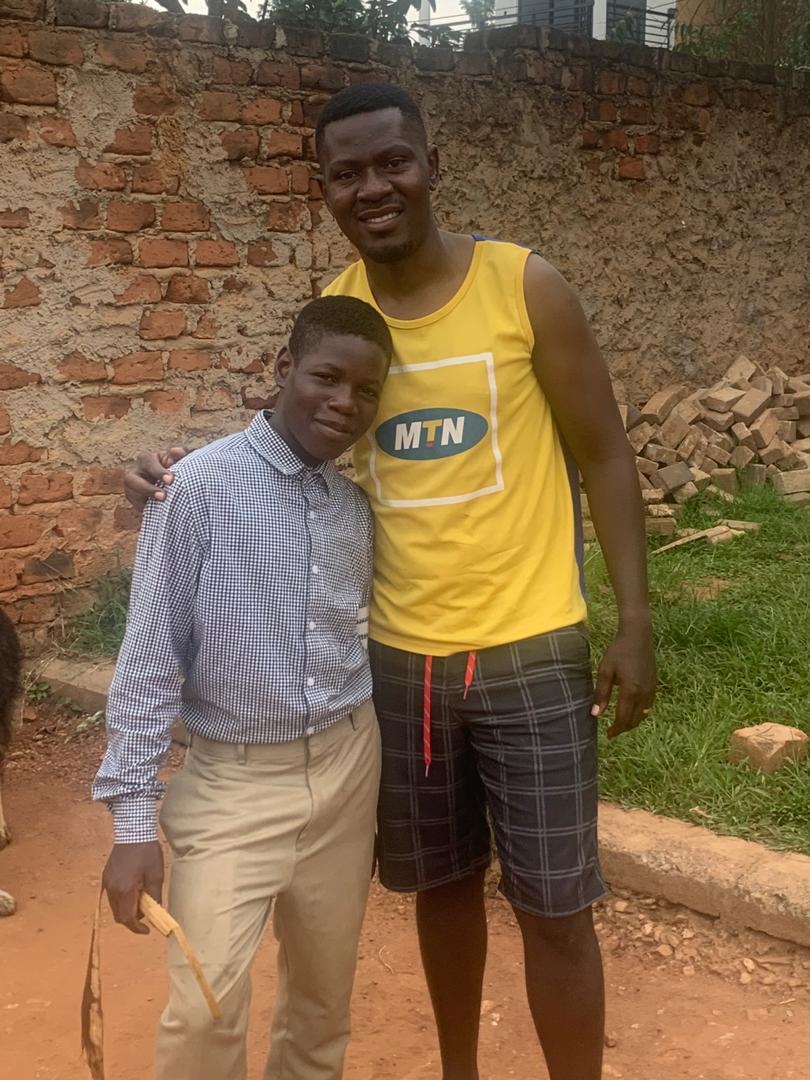 One kid that stood out to be the roughest, was Brian. As I observed him, I noticed that he fought with his friends on various occasions and that he had been on drugs. I was drawn to getting to know more about him and I was able to learn that he is a good chess player; we were able to play several games together. 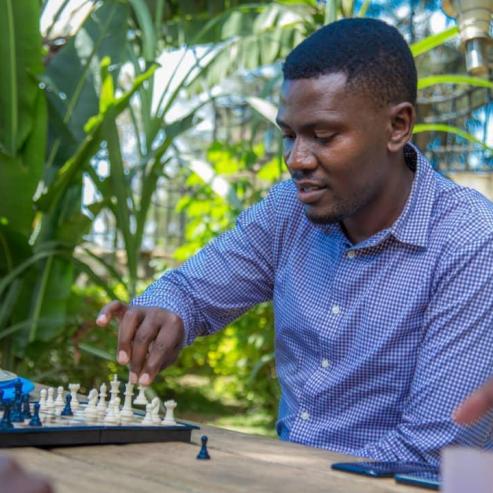 Brian shared his story of how he got to the streets. He explained that after hearing stories of life in the city, he stole his brother’s phone and embarked on a journey to Kampala. When he got there, he was moved and impressed. For the first time in his life, he was able to see large buildings and many cars, as these are not common in the villages.

While in the city, Brian spent all of his money and didn’t have an idea of what to do next. He met street kids, and they oriented him to street life and taught him drugs; this became his new lifestyle.

While on the streets, he was approached by a Muslim cleric, who converted him to Islam. He loved the fact that on Fridays, he was able to get free food outside the Mosque.

When the government distributed the kids they collected, Brian was a part of the eleven that was brought to Mercy. While at Mercy, we have shared the gospel with him, and he gave his life to Jesus. The past few months have been life-transforming for him.

He has blessed me in a special way and we have developed a special bond. His dream is to become a farmer or mechanic, and I was able to take him to our farm. He became interested in taking care of pigs; we brought one pig home with us and he has been taking care of it. Later on, I bought 3 goats that he has also enjoyed taking care of each day.

On Friday, I was woken up by his voice saying, “it is me Brian, I have come to say goodbye!” Filled with emotion, I had to come and say farewell to him. Our social workers were able to locate his family, and they were going to reunite him.

I got him a little goat that he could go along with and some money, so he could buy a pig when he gets to the village to help carry on his farming dream. 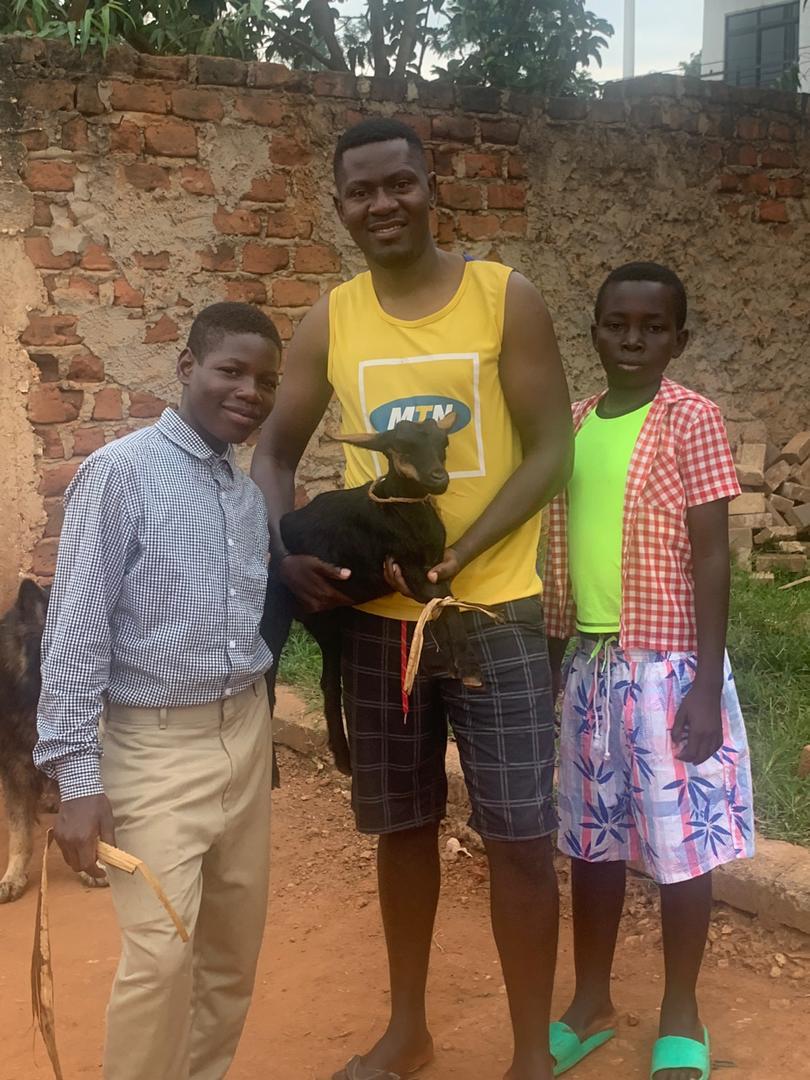 Mercy will continue to support him like all of our non-residential kids. We are going to find him a nearby garage where he will apprentice and learn mechanics while also taking care of animals at the same. We will check on him regularly.

I can’t wait to visit him and see how God is going to use him to transform his community. Your prayers are needed; I miss him and so does the staff and friends who have been with him. He changed in a very short time and everyone liked him amazingly.

How you can be praying:

Thank you for all your prayers and support. 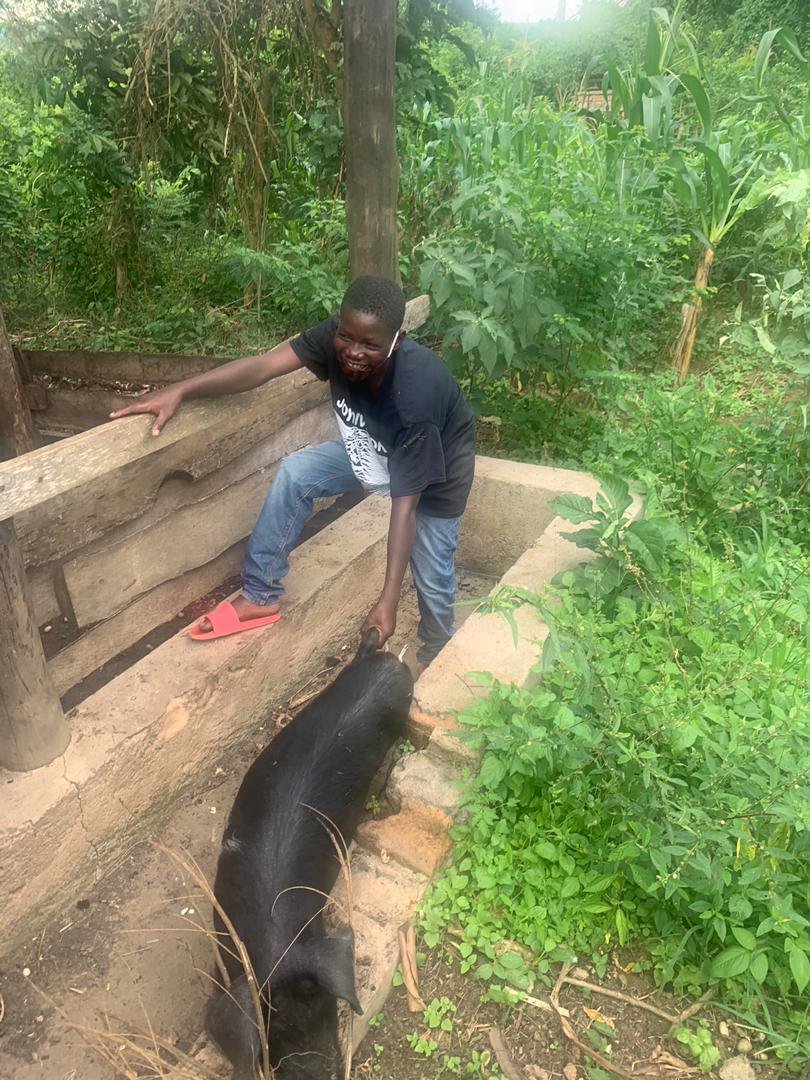 The world has always trusted in Military Might; each day trying to invent a better weapon and testing nuclear weapons. The world has trusted in science, fame and money. Major sports games have been cancelled; bars locked down. This is a time when all these gods that our society has worshipped cannot help people. They cannot give people hope.

As believers,we have hope. In the midst of hard times, He is with us.

We know that God is above this situation and will get us through it.

The second lesson, we are learning is to live by faith. One day at a time. No one can tell what the future will be, but as believers we trust in a God that holds our future and we can trust in Him.

For parents, working at home, this has given us an opportunity to spend time with our kids. I enjoyed leading Sunday service with my family and preaching to them a message of hope.

This is a time for us to spend more time in prayer and the word, as we grow in the Lord.

I encourage you to limit the time you spend watching the news and spending time on social media; most information will create fear and anxiety in your heart, but rather listen to the Word of God and let God speak to you. The word of God gives us hope in the midst of storms of life. I slept listening to Psalms 91 on my phone, and I was encouraged.

God will protect and watch over us in this season.

Philippians 4:6-7 Tells us not to be anxious about anything but in every situation pray and give thanks.

Pray for the medical workers in Italy.

Pray for the hundreds of people that are dying, so that they know Jesus as their Lord and Savior.